Five tips on how to travel in Croatia 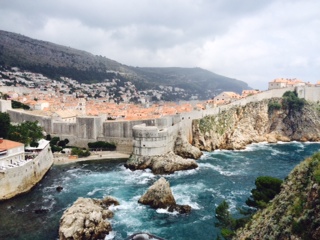 Croatia, it seems, is the new hot spot for Australian tourists, and there is no wonder why. It is without a doubt one of the most beautiful countries I have ever seen. However, having just visited the crystal clear waters of Croatia, I have experienced first-hand the daunting and at times frustrating task of organising a trip there.

It is easy to understand why the younger generation jump on board a Sail Croatia trip, the benefits of which include not having to organise your own transport or accommodation. But I think that being able to do it on your own can be much more rewarding. Without further ado I would like to share with you my tips on travelling in Croatia.

Five tips on how to travel in Croatia

1. Do not attempt to book any ferries, buses or trains before arriving in Croatia. For me this was an unnerving concept, as I like to have everything planned down to a T, but after wasting hours trying and failing to book through Jadrolinija ferries before arriving in Croatia, I would like to share my knowledge that YOU CAN’T DO IT. The ferries and buses are easy to book over there and you can do it on the day you want to leave, even in peak season

2. If you are visiting Dubrovnik in peak season, make sure you steer away from the old town from about 10am- 1pm because this is when the cruise ship passengers arrive for their tours. I have literally never seen that many tourists in one place at one time. You can barely make it through the entrance gates.

3. Make sure you visit one of the less touristy areas- I chose to make my first stop Zadar and it turned out to be a wonderful decision. The locals still all treat each other like family, which creates a warm, safe atmosphere, and not once did I get caught in the middle of a tour group, high five! 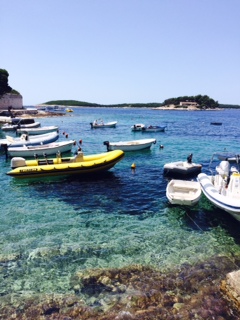 4. Keep in mind that the best beaches in Croatia can be reached by boats from the main towns- even the island of Hvar does not have any spectacular beaches on it. Renting a boat or water taxi is relatively cheap and is the perfect way to find more secluded, pristine beaches.

5.  If you are taking a bus to Dubrovnik from somewhere further North, make sure you have your passport handy as you make a 4km stop over in Bosnia (who knew).

I will definitely be returning to see more of Croatia and highly recommend it for young travellers, as it is cheap, has good night life and some of the best scenery in the world.

About the writer
Louisa Macleod is a film reviewer, professional Communication student at RMIT University Melbourne, and you’ll also find her blogging HERE. 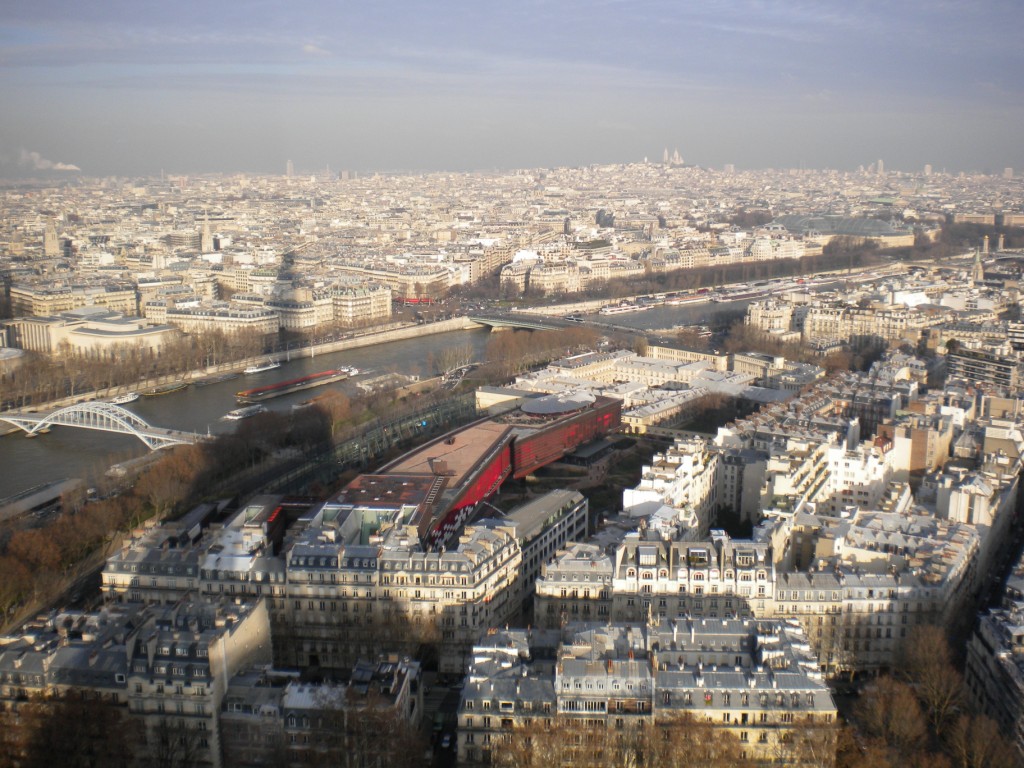 The historic buildings of Paris – top 5

Next time you’re travelling through the city of love, catch a glimpse of the past with a tour of the most historic buildings in Paris. Gareth Anderson shares his top picks…

Paris, the city of love and the famous French capital. There’s scarcely another place on Earth with as much history and culture contained in its city walls – the Eiffel Tower, Louvre, Arc de Triomphe de l’Étoile, Musée d’Orsay and Moulin Rouge all call the city home.

And even such an impressive list barely scratches the surface of the number of historic buildings to be found in the city. So next time you’re staying in Paris, why not head off the beaten track to discover some of Paris’ most impressive historic buildings and how they helped shape the beautiful city. Read on for five of our favourites…

Proudly guarding the city’s highest point on the summit of Montmarte, the Sacré-Cœur is one of the most recognisable landmarks in Paris, attracting revellers from around the world. Construction began in 1875, but the church wasn’t completed and consecrated until 1919. Architect Paul Abadie designed the basilica, beating 77 other architects for the honour – the building’s style is a free interpretation of Romano-Byzantine features, with many elements symbolising nationalist themes. The site offers stunning views over the city for visitors to enjoy – and if you’re religious, daily mass and confession is also available inside the church. 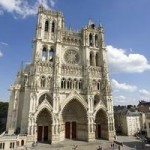 Chance upon the Cathédrale Notre-Dame on the Île de la Cité and you’ll see why it’s famous around the world. It’s one of the finest examples of French Gothic architecture – and the best-known thanks to its location in the heart of the city. Completed in 1345, the sprawling cathedral has seen several restorations and was the inspiration for Victor Hugo’s book ‘Notre-Dame de Paris’. Access to the cathedral is free and open daily, and a 35-minute audio guide will walk visitors through the site’s history and architecture in 8 different languages. 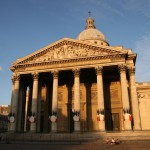 Located in the city’s vibrant Latin Quarter, the Panthéon is a stunning display of early neoclassicism. Originally built as a church, today the Gothic cathedral is a secular mausoleum for distinguished French citizens, and holds the remains of Voltaire, Victor Hugo, Marie Curie and Alexandre Dumas. The building is a result of a pledge by King Louis XV; he vowed in 1744 if he recovered from his illness he would replace the ruined Abbey of St Genevieve with an edifice that was worthy of the patron saint of Paris. He did recover and the rest, as they say, is history. 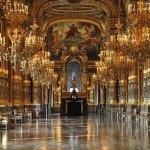 Home of the Paris Opera, the Palais Garnier is one of the most opulent buildings in the city and named after its architect, Charles Garnier. The 1,979-seat opera house was completed in 1875 and designed in the Beaux-Arts style. Its interior must be seen to be believed, and features elaborate marble friezes, columns and statuary portraying Greek mythology. The stunning building was also the setting for the 1910 novel, The Phantom of the Opera, which later inspired the hit musical known to theatre lovers around the world. 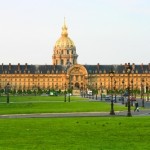 Actually referring to a complex of buildings in central Paris, the Hôtel des Invalides was designed in the Baroque style and inaugurated in 1678. Its chief purpose relates to the military – it contains museums and monuments depicting the military history of France, as well as a hospital and retirement home for war veterans. The tombs on the site contain notable military figures – most importantly Napoleon Bonaparte – and the site’s central dome was the inspiration for Thomas U. Walter’s designs of the United States Capitol. I was recently contacted by a TravelLiveLearn.com reader who is excited to be touring Europe this summer with our fab mates from Expat Explore. As it’s her first time on tour in Europe in the summer, she was keen to know what she should take, and she was confused by the plethora of information available on the Internet. Being that this seemed like a valid travel query, I’ve decided to post my answer and suggestions here for anyone else lucky enough to be touring through Europe in 2013 (bliss!).

Enjoy the summer! If you have other packing tips for travelling Europe please do share, either in the comments below, or find us at Facebook.com/TravelLiveLearn or Tweet @sarahblinco.

If you’re considering a trip with Expat Explore, read about our first-hand experience HERE (we had a blast!). It’s where the journey began and ended – Barcelona, Spain – one of our favourite places. It’s the kind of city you visit and think, ‘yep, I’d love to live here’. Architecture, art, food, colour – Barcelona is nothing short of brilliant. It’s a BIG city though, so don’t rush through in only a day.

We also visited Barcelona with Expat Explore in 2011. Tour tips for this beautiful city: TRAVEL BARCELONA 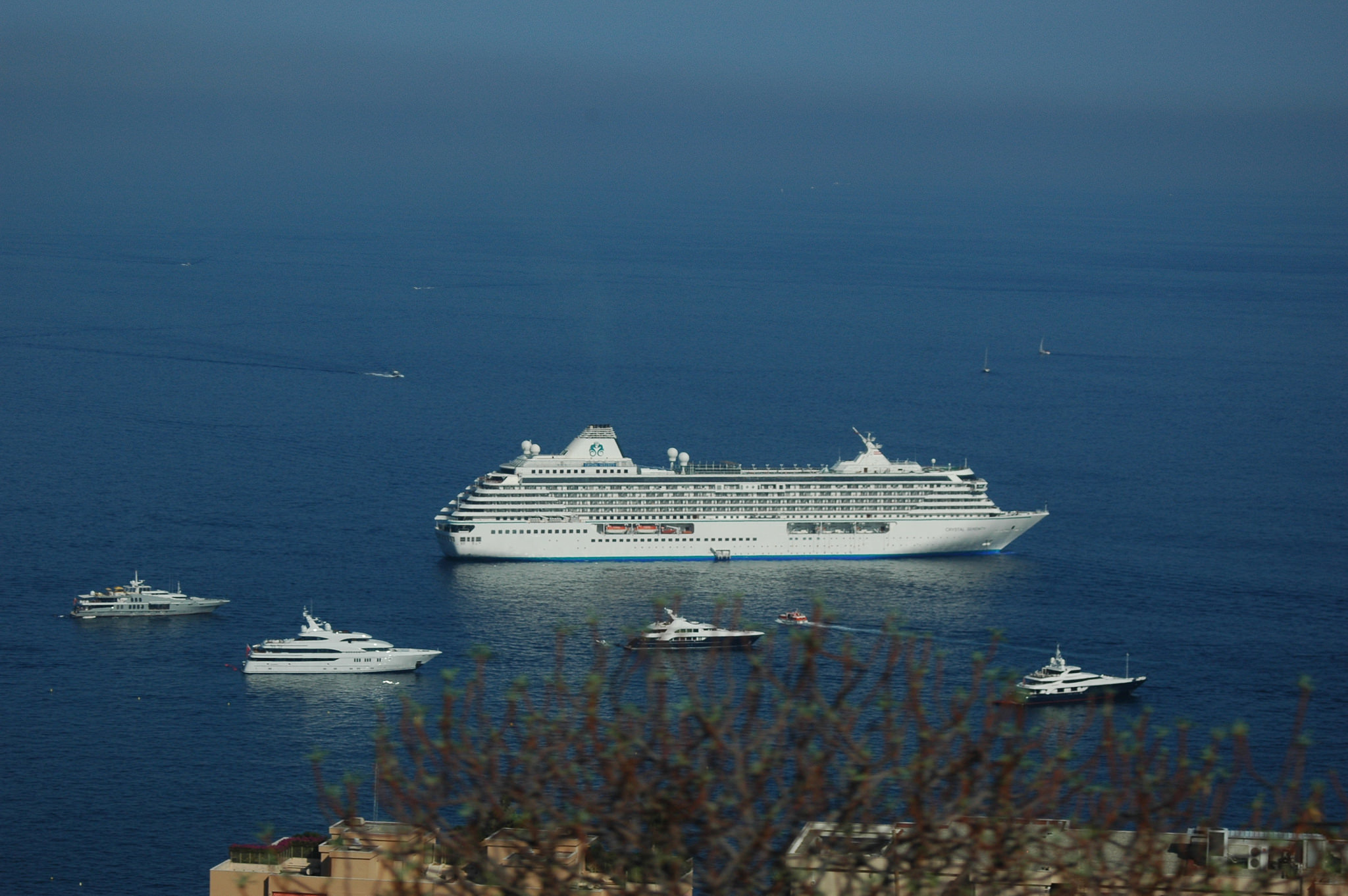 Diary of a cruise virgin: Day 6 on MSC Splendida excursion into Marseilles France

Time certainly does fly when you’re having fun. Today is our last day, how did that happen? We enjoyed probably one too many Long Island Iced Teas with Barry and Paulo at our new favourite on-board restaurant/bar, Aft, last night. But, being the warriors that we are, we “battled” on to be up bright and early to embark on yet another astoundingly well organised shore excursion, this time, into France.

Marseille is a gorgeous port city; the ‘second city’ of France, and capital of the Provence-Costa Azzurra region. The city stretches along 37km of Mediterranean coastline, and the area is renowned for offering over 300 days of sunshine per year. Today was not one of those days. While I’m not one who dislikes the rain – quite the contrary, the only time it puts a ‘dampener’ on my spirits is when I want to photograph beautiful landscapes. Our images are a little light on from today’s adventure as the weather was terrible, but the city is far from awful. We toured around its rather large perimeter; past grand, typically French architecture, through narrow alleys and up steep hills to visit outstanding cathedrals, one namely being the spectacular Cathedral of Notre-Dame de la Garde. 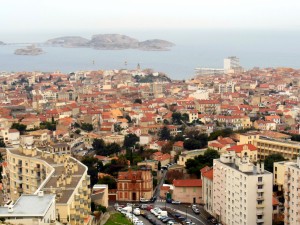 The city comprises of buildings dating from a wide range of time periods, which means a feast for the eyes (and lens), whether you’re viewing from the top of one of Marseilles’ highest vantage point, or within the new marina at the city’s heart.

We hit Marseille’s shores on day 1 of a year-long annual festival celebrating its status as the ‘European Capital of Culture’ for 2013; a title which says something for all that is delightful and on offer here in this elegant French port stop.