Wild wind howled through the auburn autumnal leaves and across the rolling green hills on either side of the secluded, narrow road that we carefully tread along, excitedly pursuing filming locations for Outlander…

My brother Josh, happened to be my travel companion this past October, and we both remained quietly stunned by the scenery at each turn: thick woodlands spilling into pretty streams, centuries-old wooden bridges and an odd few sheep tenderly grazing under patchy grey skies.

It felt like an adventure, and that’s because it was!

An unplanned trip through time somewhere outside of Inverness, the capital of the Scottish Highlands.

Rewind an hour, and we were sitting on a local bus which for just a few dollars was ferrying us around the area from Inverness to famous Loch Ness, its castles and ruins.

We were on our way to Culloden Battlefield, a vast windswept moor that preserves stories of the Jacobite rising that came to an entirely tragic end here on 16 April 1746.

History buffs, fans of Scotland and indeed those of a seductively popular television series called Outlander will be familiar with the locations.

Josh and I were discussing our day’s plan when a sweet woman turned around in her seat to chat to us. She asked where we were from, because she recognised our accents and said she had family dotted around Australia.

As it happens, in her 70 years young she’s done a lot of travelling and had some great tips to share, one being for us to get off the beaten track about 30-minutes’ walk from Culloden, to seek an ancient burial ground called Clava Cairns. 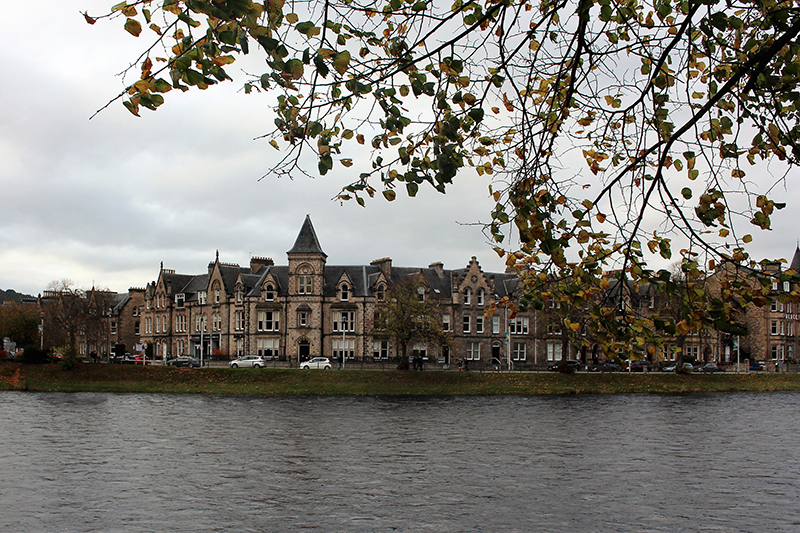 I’m one of those Outlander fans eagerly awaiting the return to telly this month of time-travellers Jamie and Claire Fraser.

Scotland now offers plenty of ‘Outlander travel experiences’ that attract thousands of enthusiasts seeking the filming locations for Outlander, and Clava Cairns happens to be an integral part of this.

While ‘Craigh na Dun’, the mysterious stone circle where Claire falls through time in Scotland to the 1700s in the books and television series does not actually exist, Clava Cairns is understood to be author Diana Gabaldon’s inspiration for the spot.

So, willing to walk – because Josh and I have always been into the mystical, mythological and downright creepy (our parents are very proud) – we went in search of this millennia-old site.

These exceptional 4000-year-old remains of an ancient cemetery are set on a terrace above the River Nairn, and an appropriately atmospheric breeze washed dust and leaves through the ghostly site as we pushed open a rickety fence and made our way inside. There are four cairns (the word ‘cairn’ hailing from the Scottish Gaelic, càrn, meaning a human-made stack of stones) and three standing stone circles here. The three prominent cairns form lines aligned with the sun solstices and show hints of forgotten beliefs carved into the stones.

Our friendly local guide on the bus had shared stories of how she and her friend experienced extreme emotions and rushes of energy on touching some of the larger stones in the circles.

Josh and I can attest to feeling what can only be described as a very heavy sensation within one of the open-air stone tombs, and admittedly I felt like it wouldn’t be right to take photos inside.

A strange tale I’ve read since, is that of a Belgian tourist who claimed to have been cursed after taking a stone away from Clava Cairns. He and his family swiftly encountered such terrible luck including job losses, accidents and ill health, that the disturbed visitor anonymously posted the ‘souvenir’ back to the Inverness tourist centre and requested it be returned to the site.

Superstitious or not, this excellent adventure provides an off-road glimpse into the true heart of the Highlands, a rugged, romantic destination where you may very well be standing in 2018; or is it 1743? Just be careful what you touch or wish for.