Any avid vacation planner or world explorer will agree that there are few experiences as impactful as the ones that we get when we are travelling. A change of scenery, some brand new sights and a little glimpse into a different culture. It’s unbeatable.

The world is massive and when we’re at home we only get to see a tiny fraction of it. This planet expanses almost 200 million miles across roughly 190 countries and there are nearly eight billion people on it. There is a lot going on and each of us only gets a minuscule piece of it.

That’s why we relish in the opportunity to travel (and why many of us are struggling, waiting until we can travel again). Well it’s part of the reason anyway.

‘Wanderlust’, as we like to call our compulsion to explore the world, actually has a basis in psychology. It’s a genetic inclination that most of us seem to have.

That’s why, when we get the opportunity to do it, we try to cram as much as possible into the short space of time that we have. And in truth, it’s probably too much, in too short a space of time. 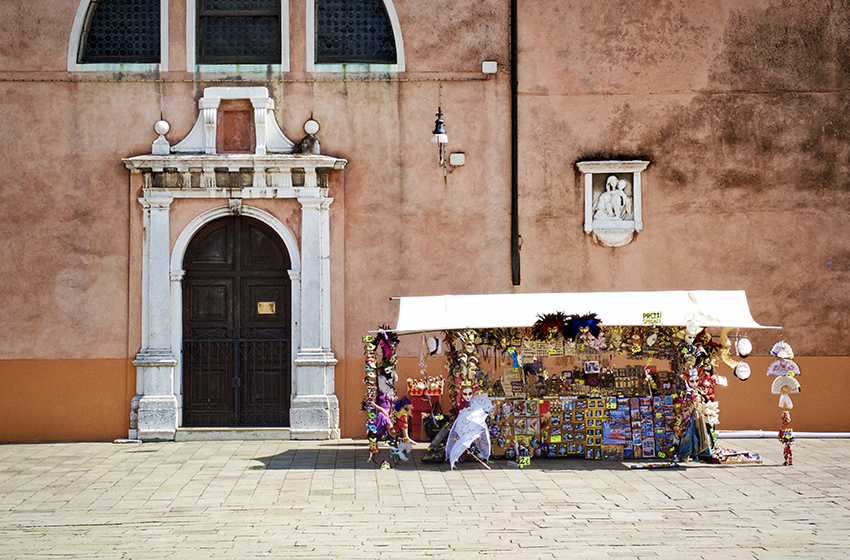 Stay for even longer if you can

If you take a tour or quick break you may be especially guilty of ‘travel cramming’. With just a couple of weeks to explore, we try to travel plan four or five cities into an itinerary, including only two or three days in each one.

I know not everyone has the chance to take their time or travel as a digital nomad. But it’s a shame, because slotting just a couple of days into your vacation planner to explore brand new places really isn’t enough time. That’s not to say it isn’t fun and you won’t get some of the benefits of travel that you’re looking for, but you’re kind of cheating yourself of getting a real experience of a city if you’re only there for a couple of days.

Now while it does depend on the city, how big it is and how much there is to do and see, I think you should aim for at least a week if you want to really indulge in the most important things that a city has to offer.

But don’t just take the time for granted, use it to actually get a good sense of the place and an understanding of what it’s really like there.

Here’s a few ways to do that:

Stay in an Airbnb

If you’re not in a specific city for too long, it seems like the logical choice to just stay in a hotel. They’re expensive, unless you’re staying in a really bad one, but it’s only two or three days so that’s not a huge deal.

If you’re staying for a week or more, that money is going to start to pile up and that’s a deterrent for a lot of people to spend too long in one city. Either they’ll have no money left to do anything or they legitimately just won’t be able to afford it.

So this is when you look at the cheaper options, and Airbnb is your best choice.

You could also go for hostels if you wanted, that would be even cheaper still, but hostels aren’t really for everyone. Most of the guests there are going to be students, you’re basically guaranteed to be sharing a room and a bathroom with strangers and chances are you’ll really struggle to get any privacy whatsoever.

Airbnbs range from just a room in a larger place to an entire apartment to yourself to a log cabin in the woods in some cases. It’s always your own space and it’s always going to be cheaper than a hotel.

I would suggest that if you can, you should try and find a way to make a little money whilst you’re on your travels and then you can basically cover the entire cost of your accommodation. There’s lot of ways to make money online you’ve probably never come across before.

A non-strenuous, online job for your travels, coupled with the inexpensive route of Airbnbs and your accommodation costs shouldn’t come close to putting a dent in your budget. 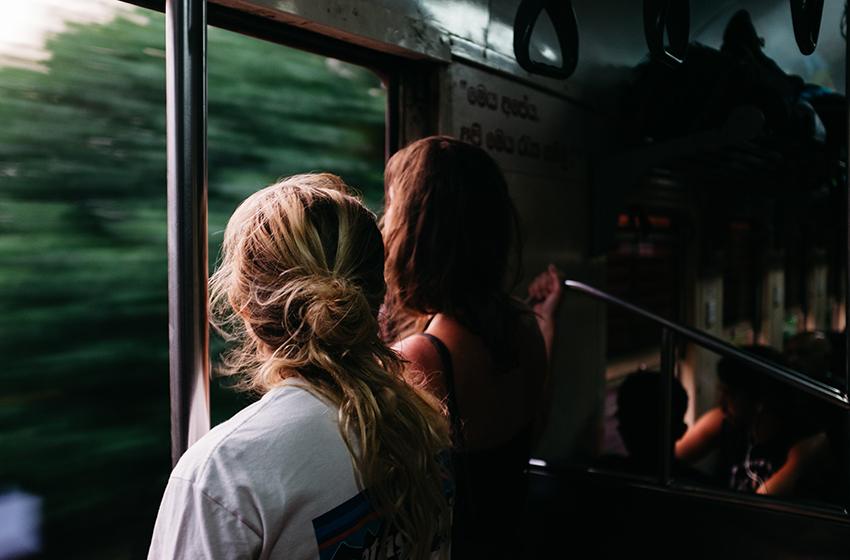 Allow yourself to get lost

I don’t mean this literally. You shouldn’t actually try to get lost in any foreign country because then you’d kind of be screwed. But luckily for us, it’s 2020 and that means that we have Google Maps.

This makes it pretty difficult to actually get lost and it makes exploration so much easier and more efficient. What I really mean by allowing yourself to get lost is that you just shouldn’t over-plan your stay.

I can see the urge to do that. You’re only in a city for a limited amount of time and you have to try and fit everything in. So you fill up every second with some sight to see or some activity to try.

And when you’re rushing around trying to do all of these different things you’re not really experiencing any of them. You’re just constantly thinking about the clock and whatever public transport system you need to get on next.

By giving yourself extra time, you can eliminate this problem to an extent by spreading stuff out but actually spread stuff out. Don’t use the opportunity to try and pile more activities in, leave yourself plenty of empty space.

And use that empty space to explore. Just leave your Airbnb without any real plan in mind of what you’re going to do and just have a look around. Do some research and find out where you should avoid, but give yourself free reign of the safe parts.

You’ll end up seeing things that didn’t pop up on your Google searches of what you should do while in this particular city. Everywhere has its own hidden gems and the best part about them is that they won’t all be crowded by tourists. 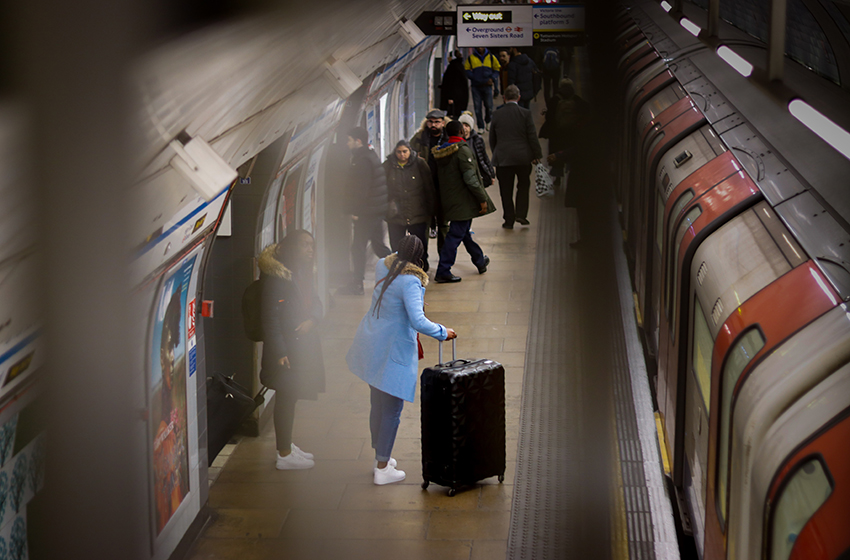 Talk to the locals

You want to get a real insight into the culture and the lives of the people living in the city? Well then you gotta talk to them. Let me add a little disclaimer to this one, be careful about who you choose to talk to.

If you’re in a city that’s known for scams or for danger and crime on the streets, then don’t just talk to random strangers because you could get yourself into trouble. Also, maybe just don’t go to cities like that in the first place.

But in safe places, I don’t think you should shy away from just talking to people you see on the street, in the park or in coffee shops. Some of them won’t be receptive, and some of them won’t speak your language, but some of them will and you could end up with a unique conversation.

Also, don’t just limit it to people on the street, try some other avenues too. Use a site like meetups.com and look up things you’re interested in. You’ll be shocked at how active sites like that are.

There’s basically guaranteed to be something going on while you’re in town and you’ll meet like-minded locals and probably a few other travellers too. It’s a fascinating thing to engage with local cultures and personally I think it’s an essential while travelling.

The thing that I sometimes find about cities is that while they are all unique in their own way, there’s a certain amount of similarities and things that every major city seems to have in common.

Shopping, bars and restaurants, museums, historical sites, that’s what you look for when trying to find things to do in a new city. But the essence of the area is elsewhere, where urbanisation hasn’t been able to set in yet. Here’s a nice example from Sarah and Cooper who run this blog:

It’s often in the outer edges of the city, where things start to  get a little rural where you can get a glimpse of what the place is actually like, what truly makes it unique. Now look, you can’t do this in every city.

Rural areas just aren’t all that accessible in certain places. The best course of action is to get a train out to the countryside, find a hiking trail that’s easy to get to or some kind of rural tour. Don’t just go wandering out by yourself.

Research beforehand and see if there’s ways you can experience some of the rural areas of the place you’re visiting and be sure to take advantage of it if you can.

With all of that said, the really important thing to remember is the fact that how you travel is entirely up to you. If you like just hopping from city to city then that’s fine, that approach has its own merits. But taking a slower, more deliberate approach is definitely worth a shot. Try it, it could be a revelation for you.

Welcome to Travel Live learn, where we are passionate about living a life full of great adventures. We are Sarah + Cooper, and here we share our advice and stories about expat living plus pet and house sitting around the world; wellness travel and creative living, no matter where on the planet you are. We have worked in media, communication and creative roles for many years, and have spent over 10 years living and working around the world. We hope you find value in our content. Please do connect by leaving a comment or find us on social media.