How to chill out in Vienna and Barcelona

They’re two of the world’s greatest cities with so much – too much, even – to see and do; but what if you’re tired and need to chill out in Vienna and Barcelona?

Work never seems to slow down, which means travel or a city break can feel like just another job. When that is the case, you need to set yourself up with an itinerary that builds-in time to relax. I totally related to a colleague this week who told me he’s been so snowed-under with obligations that he considered cashing-in a summer Euro city adventure and first-time trip to Vienna and Barcelona, for a chill out and do-nothing beach holiday instead.

I completely feel this. For those of us with an average job, we have limited annual leave allowance to work with. And, while anyone based centrally for travel appreciates it’s simple to get to new destinations, it can mean for example, that we jump on a plane from London late Friday night after a busy week at work, and wake up tired, day after day, despite being excited about being in a gorgeous new city. First-world problems, sure, but burn-out is a very real thing, and it’s a shame if a ‘break’ turns into a ‘break down’ by the time you get back to work.

I don’t think I could ever get enough of exploring Vienna or Barcelona, but racing around cities in an attempt to tick-off all the main attractions is actually really exhausting. My advice after perpetually learning the hard way, is to take it easy and chill out if you need to!

The conversation with my colleague inspired me to think about how I’d chill out or relax in Vienna and Barcelona if (when) I get the chance. Make it easy on yourself and stay centrally. We scored a great deal by booking early at the lovely Arthotel ANA Amadeus, and I’d highly recommend that area to stay in for convenience and your ability to walk everywhere. It gets pretty hot in the summer, and I have to say I was quite jealous of those I saw chilling out in the parks reading or doing nothing at all. Next time, I’ll make time!

Our hotel was air-conditioned and we did indeed take a break there during the hottest part of the day instead of forcing ourselves to walk around when we were very tired. Our intention was to rest and get out around dusk.

Take yourself on an evening wander – as the sun sets you’ll get your very best pictures of the Vienna city centre, St. Stephen’s Cathedral, Hofburg, Heldenplatz and Schönbrunn Palace.

Summer evenings in Vienna must consist of some time in front of Vienna City Hall, at Rathaus where there’s a super-stylish pop-up food, music and cocktails experience that you can’t miss. We LOVED this!

Chill out in Vienna? I’d suggest soaking up the energy by giving yourself time in one of the beautiful green spaces like Volksgarten. Take a book, people-watch, nap – either way, this is how to truly indulge in the delights of Vienna. There’s generally sweet notes of classical music floating through the air from musicians playing live around the city. Divine.

You can be as busy or as chilled-out as you like in Vienna. Of course there’s plenty to see and you can be forgiven for feeling a little like you’re missing out if you’re not on the go the whole time. Vienna to me though, feels like it’s screaming out to be enjoyed mindfully, so don’t fall into the ‘busy’ trap. Find your perfect shady spot, and soak up this extraordinary place without depleting your energy reservoir. 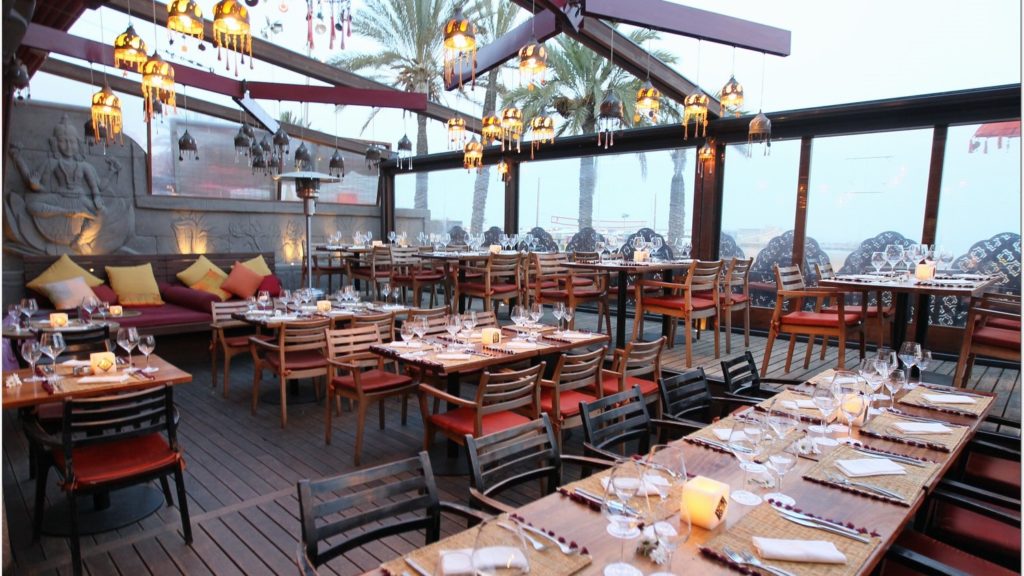 Barcelona is huge, and on a short city break of three or four days you want to try and see as much as you can without using up all of your energy. There’s so much to see, do and eat here. If you want an easy way out, jump on a hop-on-hop-off bus (like City Sightseeing) to get an overview of the city, prioritise and make your own choices on where you want to get off and have a look around. Yes, it’s a bit touristy, but without lots of time, and under the heat of the Spanish sun, sometimes it is the wisest option.

Need a break? Make your way towards the beachfront, and if it’s really hot out, shout yourself a cold cocktail and enjoy the shade at a super-stylish beachfront bar like the Carpe Diem Lounge Club (pictured above) where we found ourselves taking it easy with fellow travellers during a tour a few years ago (which reminded me of this original vlog we did way back then … bit crass, but fun all the same).

Lay back on comfy day beds, watch the waves and beach revellers, eavesdrop and incidentally learn a little Spanish (‘me gustaría una copa de cava’), and chill out in the best way possible in this fabulous city.

Moral of this story? Don’t fall into the trap where you feel like you have to ‘see everything’. Life, and travel, is about experiences; quality over quantity.

Sometimes exhaustion is going to happen, but if you’re on a city break, balance the sightseeing with chill-out time. Take time to just be. You’re not missing out, you’ll gain more out of your time in the end.

What are your suggestions? Let us know in the comments