Travel through Venice and Ljubljana with Expat Explore

The deal was that I would write honestly, so, in the spirit of such a virtue I will let you know that I’m currently sitting at our campsite in Venice, sipping on something called an Ottweiler Pils beer (pretty nice actually, especially for €1!); Jessie J is playing on the iPod and I’m attempting to catch up on my blogging activities, madly editing a zillion photos from Vienna, Ljubljana and Venice, and procrastinating on this next post because to be honest, I’m a little tired. It’s been hot, and the days long, but as I say to everyone – it’s better than work! 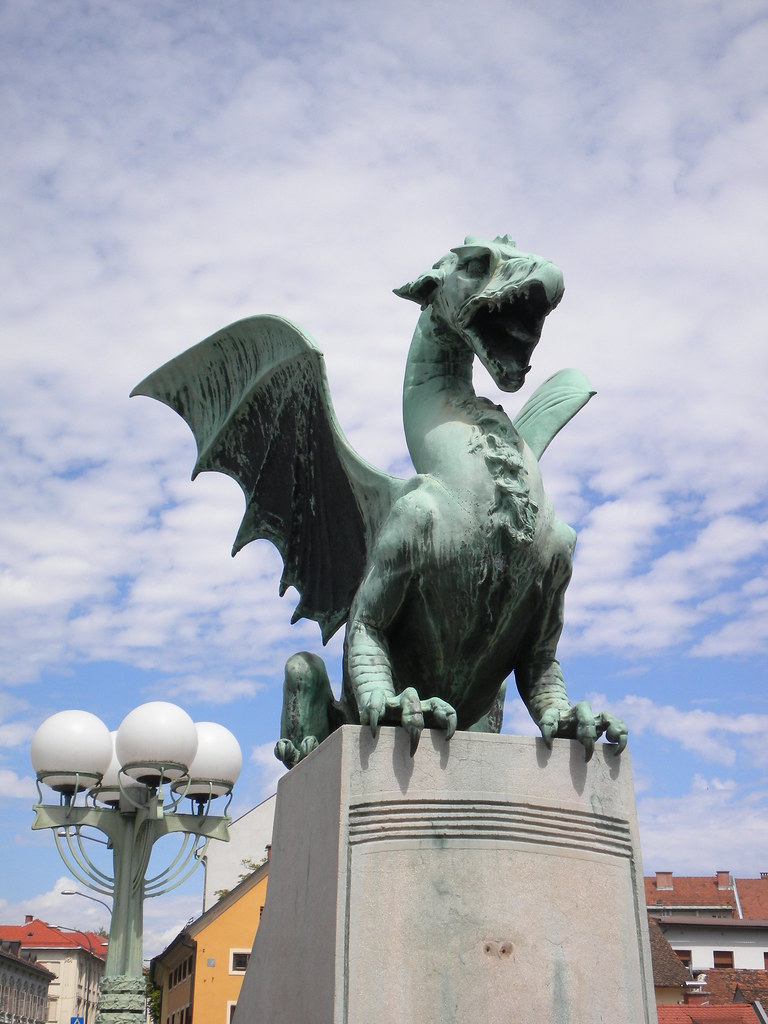 Travel through Venice and Ljubljana with Expat Explore

We’ve arrived in Italy, and isn’t it beautiful. Sleepy as I may be on any bus trip (planes and buses put me to sleep – too bad my parents didn’t know this when I was a baby…). I was wide awake as we drove through the border into Italy. Who doesn’t want to visit this country?

There’s so much history, and despite any recent conflicts or issues, Italy to someone like me represents food, beauty, divine language, various Shakespearian scenes, gorgeous people and fashion. Venice itself is completely charming – canals, gondolas, Renaissance masks all over the place, aged churches, public spaces like the stunning St. Mark’s Square, classical musicians positioned around the restaurants, and people of all demographics. I was interested to learn on our walking tour that traditionally Venice welcomes a melting pot of nationalities and cultures, and aside from certain periods when various groups (religious, political) chose to stamp their authority, the region generally catered to the needs of ‘anyone and everyone who was in the business of making money’. The Merchant of Venice sprung to mind at this point, and I realised that my high school Modern History and literature classes are all only now starting to make sense after actually having the opportunity to visit Europe.

It is indeed very easy to get lost in the unmarked streets of Venice, but the advice we were given was to simply enjoy the experience (however leave lots of time to get from one side to the other if you need to be anywhere at any given time). A beautiful, but expensive city, so save your dollars if planning an extended stay – and whatever you do, don’t forget your camera!

Throughout Italy we’re staying at a series of camp sites, and our accommodation in Venice was basic but fine, and most of us shared with another pair – we had the pleasure of being room mates for the night with the delightful Martin and Gayle (South Africans who currently reside in London). The upside to such a set up is the social aspect, and our group enjoyed some fun by the pool and bar this evening. 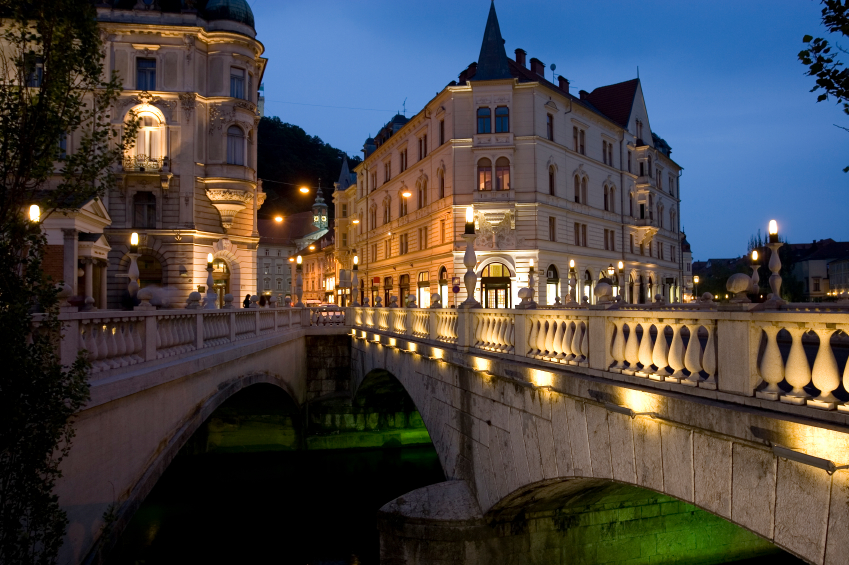 Prior to arriving in Venice yesterday we made another romantic stop, in the picturesque town of Ljubljana, capital of Slovenia (pictured above). Ljubljana means ‘beloved’, and it’s certainly obvious that the townsfolk here are fiercely proud of their little piece of the world. Formerly part of Yugoslavia, the country gained independence in 1991. It is surrounded by the Alps, and several European nations including Austria, Croatia and Italy. Slovenia itself is actually 60% forest (which makes for a scenic drive throughout the country), and uniquely the region hosts a series of more than 8000 underground caves! Consequently there are many little rivers and streams as well as quaint bridges in Slovenia’s towns and cities. Long ago, people in the region thought that the Salamanders that lived in the caves resembled dragons, and they became a little obsessed by the creatures – evident in the numerous dragon sculptures and figurines that appear on the streets, in flags and on other local merchandise.

This idyllic little spot is a beautiful place to visit, and I’m so glad to have had the chance to discover it on this tour because on my own I probably wouldn’t have even thought to stop. The cafes and restaurants that line the old streets offer affordable, high quality, fresh cuisine and produce. One amusing venue is the Cafe del Moro (Cafe of death) or Pr’skelet (translated to Cafe by skeletons) – an underground bar that features, as you may have guessed, bones and skeletons all over the walls. Pretty creepy, but totally cool!

I’m loving this part of the world so far – such natural beauty, intriguing history and gelato, delicious gelato – everyone is eating it… “when in Rome“ (well, almost – it’s tomorrow’s destination)! The trip will be one of our ‘long hauls’, but to be fair, our coach journeys have been comfortable, and Steve does a fab job of keeping us all safe and getting us to each destination in a timely manner. Ally also organises movies, quizzes and games to keep us amused – most recently we teamed up to entertain each other with some songs – here is a video snippet of the entertaining offering from Hector (Ecuador) and Julio (Mexico)…