Why does media focus on the negative?

Why’s the media got to be so mean?

I love media, more than most – it’s my life! But, I’ve never understood the obsession with doing anything to get the story or choosing to report the negative rather than the positive. Spend any time in the UK and you’ll see this is particularly prevalent – the meaner the headline, the more negative or nasty the story, the better. It’s certainly not much different anywhere else in the world. But why? Is it really human nature to want to bring people down this much? Some would argue yes, that’s what sells papers, therefore that’s why journalists are taught and encouraged to angle a story this way.

Why does media focus on the negative? 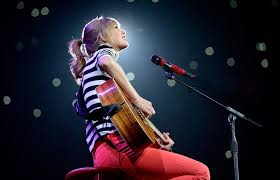 Case in point, I was lucky enough to attend Taylor Swift’s sensational show at Suncorp Stadium in Brisbane on Saturday night, with 40,000 other revellers. She was just gorgeous, and the production excellent. I understand why this young artist is selling out stadiums around the world. If you can look up to someone who is younger than you, then I definitely look up to her. She’s nice, confident without being arrogant, and she writes beautiful music. It was also lovely to see that talent which is non-offensive, naked and twerking its way around the world is appreciated on a great scale by an audience of all ages. For a moment in the show, there was a bit of a malfunction, which did impact on a few attendees at the front. The majority of the massive crowd had no idea, and as the crew fixed up what turned out to be a damaged elevated stage, Taylor came out and amused the crowd for a few moments. Anyone severely put out evidently had their money refunded. In any case, these things happen, and it was rectified swiftly (pun intended) and efficiently. However, next evening on the news, channel 9 in Australia didn’t report on the wonderful show, or the excited crowd, or the brilliant performer behind it all – instead they produced a full segment on the “dramatic chaos” that unfolded, and even went to the bother of tracking down one of the very few audience members who needed to be moved. Why would they choose for this to be the focus of the story when in reality, thousands of people gained so much enjoyment from the evening? A song Taylor sang during the Red concert was Mean from her last album, and I have to say, I reckon it’s applicable to this news piece. The reason I’m blogging about it is because I noticed other attendees saw this TV news piece and commented on social media, agreeing with my own sentiments recorded here.

This is one timely example relevant to my world, but it happens by the minute across all news outlets. Why does media focus on the negative? I would like to suggest though, that there is a vast audience who isn’t interested in this negative angle anymore, and I think this point is proven by the popularity blogs, websites, and magazines like Psychologies or Mind Food which present positive, useful, informative and helpful features and news. Perhaps it is also proven by the falling sales of newspapers and declining TV news ratings? We don’t all want to hear about the “chaos”, “dramatic event” or “disaster” that probably didn’t even happen in the first place. And if you’re going to report it, perhaps this doesn’t need to be 100% of the story – maybe, just maybe, you could report on one aspect that an audience would smile at or be happy about. If nothing else, it would help change the world’s mindset that generally the daily news is bad or depressing, as (within reason, obviously) I don’t believe it is or has to be.

What are your thoughts? Why does media focus on the negative? Do you enjoy that aspect, or could you do without it within every news story (particularly those where this needn’t be the angle)? Join the conversation on FACEBOOK or TWITTER.