Over the weekend, our neighbour, Andy, dropped around a crazy find for me to read – copies of Woman’s Day Magazine (Australia) from 1971 and 1972! So cool!

Apparently Andy had received some tools that were wrapped in ‘old newspaper’. When he realised how old, and that it was actually a magazine still thriving to this day, he salvaged the ‘wrapping’ and brought it over for me (ie. ‘magazine hoarder’) to peruse, bless him. While they’re a bit crusty, it’s still really interesting to flick through the pages and note that actually, life’s not all that different today with respect to relevant content and what’s featured in prominent media. Cover tags, for example, include: “I’m in love with a married man… a single girl’s problem”, “50 brilliant lunch-box ideas”, “Good, bad & magnetic men of the zodiac” (oooh I like the sound of that one ;-)…

Of course, there are a few quirks but that’s to be expected. Gotta love the ’70s! Wish prices had remained the same – just 20c.

I’ve scanned a few articles here for your amusement/enjoyment (they’ve been uploaded in high resolution so should be available to zoom-in on if you want to read the stories). 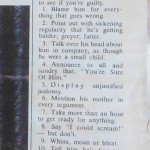 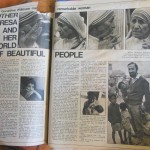 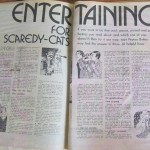 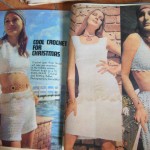 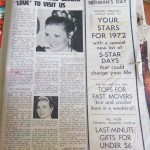 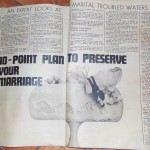 Relationships advice, 1971 – some of it’s actually quite relevant!

What do you think of these stories from the early ’70s? Let us know, tweet @sarahblinco or find us on Facebook.