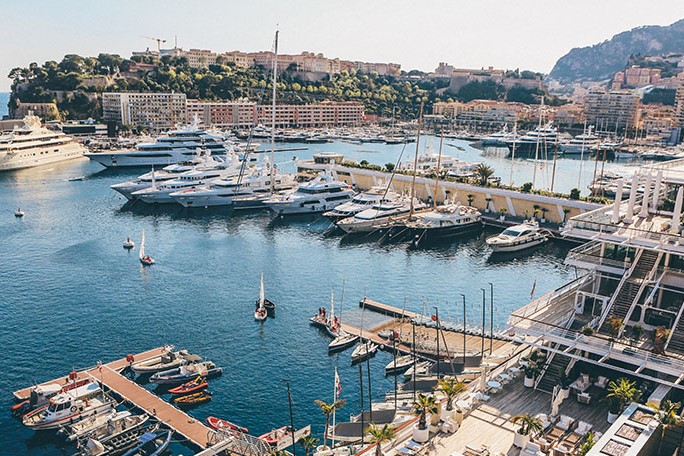 This is the life: The French Riviera

I never imagined I’d be beside the sea in the south of France, but here I am! Excitement mounted as we glimpsed our first stretch of coastline on our way through from our stop in Pisa yesterday.

On the left hand side was a great expanse of ocean sparkling in the sun; to the right, homes and even castles scattered across the mountains, becoming dense closer to the more populated areas.

The views speckles in and out as we cruised through one tunnel after another. I’m enchanted by the huge structures perched on mountains in Italy and into France’s border. It amazes me that the people chose to build their homes high on hills – the landscapes differ from what I’m used to in Australia, and although I’m sure it must be challenging to get in and out of some of these high-set homes and communities, they do look quite beautiful as we pass by.

The clear blue ocean of the Mediterranean lay in wait for us us across The French Riviera – land of sun, olive oil and red wine. Apparently doctors in the UK used to send people with tuberculosis to stay in the region because of the healthy, happy lifestyle – over 300 days of sun each year!

Coming across from Italy and towards the ocean we drove down the biggest mountain range I’ve ever been on. I thought the road from Cairns to Kuranda (Queensland, Australia) was high, but this is about five times that. I’m not partial to heights, but the view down to the coast and across the hills is mesmerising, and as we came closer to the ground we were surrounded by more green mountains, mansions balancing on hill-tops, pretty ocean housing yachts, cruise ships, marinas and thousands of people playing in the lapping waves.

Our Etap hotel was located across a road from such a picturesque scene, in the cute little seaside village of Menton – an ideal location for exploring surrounding favourites like Cannes, Nice and Monaco. Also a great place for a few impromptu Expat Explore Friday evening drinks down by the marina opposite the hotel.

This region can be quite pricey, so shout yourself a nice dinner along the waterfront, but buy your own alcohol to take-away and enjoy elsewhere if you are on a budget like us.

From Menton it is simple to explore the Riviera precincts. Purchase a €12 day pass and train it to Cannes, about an hour away, famous for its film festival, Nice, about a half hour away, and Monaco, approx 15 minutes from Menton. Apparently this is the most densely populated country in world yet arguably the smallest, and hosts the most number of police-per-person in world.

While some of our group made it to Cannes we were a little delayed at the train station so decided to start our free day’s adventure in Nice, a gorgeous beach-side city. It’s surrounded be cliff tops, glittering ocean and people enjoying all kinds of water based activities. There is a handy tourist information centre next to the train station where maps and inspiration are available. We made our way towards the beach where the group parted – some headed straight for the clear blue, the rest kept wandering through the streets to explore the palace, opera house, Saturday markets and other unique photo opportunities.

Our particular team, Cooper, Devin, Amy and I went in search of an old picturesque graveyard to photograph. It all looked simple enough on the map, until we realised we were trekking up a rather vast hill (in 40-degree-heat and Amy wearing flip flops). Sweating and thirsty, we found the old graveyard but it turned out to be closed to the public! Being that we had come so far though, we hiked a little further up to an amazing lookout and a waterfall that we had seen in the distance way back on the beach. On return to the base we lucked out catching a tram back to train station which would have been a 40-minute walk otherwise – which might just have killed us 😊

Ironically the crew we left at the beach – Hector, Alex, Brad, Cassie and Ash – were also waiting for the same train that we were, so we all travelled into Monaco together. It is flashy, like the Gold Coast on steroids! At the train station there are maps and travel details but essentially once outside, walk down and towards the ocean – then left 10-minutes towards the casino, or right towards the ‘old town’. I like the Princess Grace references on buildings and street signs, and the new Buddha Bar located in the thick of the action.

Expensive cars are parked outside Monte Carlo’s famous casino and tourists flash their cameras like paparazzi at a celeb appearance. Lavish, ritzy and very overpriced for the average citizen, but intriguing all the same. Some of the yachts to me though represent more money than sense.

Back in Menton we went for a final walk in search of dinner but incidentally happened across some bustling markets and shops in the area’s ‘Old Town’, as well as a vibrant VW car festival down by the water. Menton itself is quite charming and a fantastic place to chill out by the ocean and under the sun. The markets smell like soap and perfume (a major industry of France, and we were also lucky enough to swing by the Fragonard factory demonstrating as such on the way into town on Friday); the atmosphere is relaxed, almost like north Queensland, but European. We discovered several gorgeous restaurants and bars positioned along both the street opposite the water in Menton as well as down on the sand near the ocean – some of these places offer use of their private beaches too.

Most of the group enjoyed varying experiences here, and there really is something for everyone to fall in love with on the French Riviera regardless of budget (although that said, obviously some more money is better than none – but I suppose you could always try to win a little cash). Pick up some maps, jump on a train and explore – or slip into your swimmers and laze the day away. Speaking of sun and sand… Barcelona coming up.