Like a little culture with that coffee? Travel in Quebec

We’ve just come from the charming province of Quebec where we were based in Montreal, but took a day-tour to beautiful old Quebec City.

Montreal is colourful and artistic, known for its majestic churches, the Olympic Stadium, fun festivals, vast underground shopping city (for when the weather is a little nippy (that is, literally freezing!), and as being home to Cirque du Soleil. It is also the world’s second largest French-speaking city!

In fact, I didn’t really feel like I was in Canada in Montreal! We were told that Montreal is somewhat like the ‘Melbourne’ of Canada, and I think that’s true if you’re taking into account the city’s prevalent art and music scene. It’s a little older than Melbourne though (obviously), and one of the city’s coolest hotspots is actually its most aged: The ‘Old Town’, filled with fabulous old (French) architecture, quaint pubs, and Poutine shops.

Oh, and Poutine – well let me just tell you this is one of my new favourite things – fries, cheese and gravy – oh my! Travel in Quebec is divine! 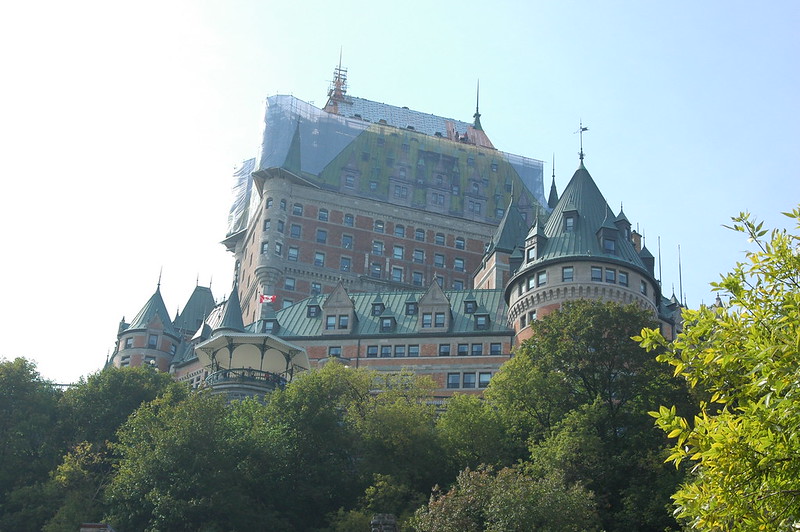 I quite liked Montreal for its ‘interesting’ factor: There are dozens of amazing museums here, covering everything from contemporary to fine arts, ancient history, artefacts, dance and modern history – whatever you can think of really. We were lucky enough to test-run an economical City Museums Pass which entitles the holder to unlimited entry to all museums, public transport and special offers. A steal if you’re in the city! Our pick of such attractions would be the Biodome – an environmentally regulated indoor menagerie of plants and animals – including monkeys!

We were also lucky enough to strike the city during a celebration dubbed PopFest, which just so happened to culminate in a massive (I’m talking 80,000 revellers in the street outside our hotel) free street party/concert – full sound, stages, lighting, food and drink stands, port-a-loos and headlining act, the hugely popular Canadian group, Arcade Fire, on Thursday night. Amazing! We didn’t rave on ‘til the crack of dawn with the locals though, because on Friday we were up bright and early, set for our adventure to historic Quebec City where history and modernity coexist harmoniously. I’d seen this place once, live on Channel 9 (Australia) when the breakfast show broadcast live from Quebec for a week. Ever since I’ve been keen to see it for myself. Turns out the sweet fairytale-esque town was actually falling into disrepair a few decades ago, but following the discovery of some very old, very important artefacts under a cathedral in the city centre, money was spent to restore the buildings to their former romantic state.

Now visitors can roam the winding roads and along the waterfront, admiring old homes and shops (some streets inspired by the English, the rest French), inspecting local artwork (a prominent industry here) and huge outdoor murals, and enjoying some local cuisine in between shopping up a storm on locally-made products. Quebec City again adds to the aforementioned ‘interesting’ factor in that its primary industries are tourism, government, agriculture and what they call the ‘economy of knowledge’. In fact, the region is renowned worldwide for offering the foremost research and technology into areas like psychology, oncology, infectious diseases, aerospace sciences and even the study of actuary! 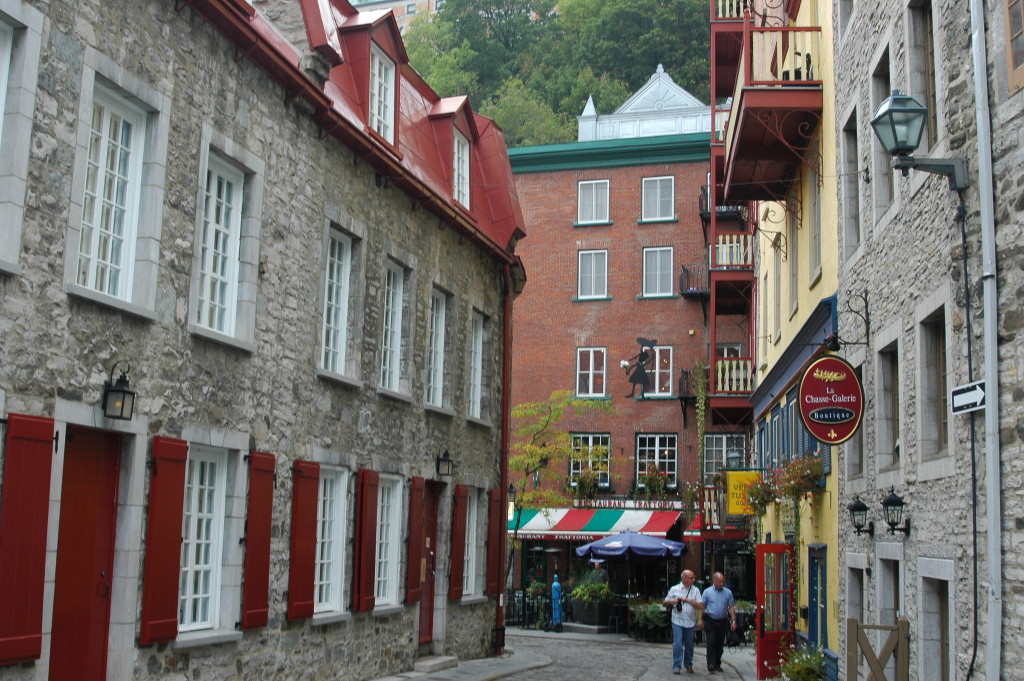 I was somewhat expecting a little more of ‘Europe’ in Quebec, especially Quebec City, but the intriguing thing is that the city is a true mixture of its historical influences. Like Montreal, Quebec City was settled and raised by the English, French, Scottish and Irish. It’s a culture mash-up of grand proportions – a place where there is a Changing of the Guard ceremony that is commanded in French, and a grand statue of Joan of Arc stands within proper English gardens! Some streets look English; some French.

Quebec City is alluring to the traveller’s imagination, having been lovingly and carefully restored to look as it did several hundred years ago, and the fact that French is being spoken all around simply adds to the thrill. Montreal itself is undergoing a renaissance of sorts, with much of the inner city being cleaned up, rebuilt and remodelled (one nice example is that of a new cultural centre which is presently being built near The Marriott on Saint Catherine Street).

All in all, an interesting ‘Canadian’ experience – unexpected in a way, because I really didn’t feel like I was in Canada – the one I’m familiar with anyway; fascinating nonetheless, to see how this only-French-speaking region in North America (and one of the earliest settlements on this continent) has evolved over the past few centuries.

Loved our travel in Quebec, but now we’re off to PEI (yay!)

We adore Canada and believe it’s one of the most countries places in the world.
Take a look for yourself here on Flickr