Although there was a period in British history where bathing was deemed bad for the health (and consequently a freshen-up was only scheduled for once or twice a year), there are also important sections of history where a bath was so important that a whole city emerged because of it!

Today’s road trip to Bath included a stop-off at the picture-perfect town of Bourton-on-the-Water, dubbed ‘Venice of the Cotswolds’ – an immaculate little place that continues to demonstrate how inspiringly beautiful England really is. 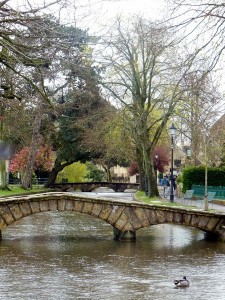 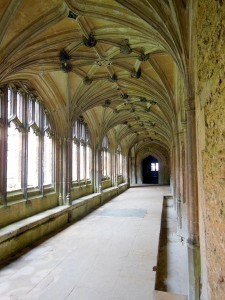 Located in rural Wiltshire, Lacock village and its Abbey have been featured in numerous film and television productions including Harry Potter, The Other Boleyn Girl, Pride & Prejudice and many more. There are no street lights or antennas here, so the town is easily transformed into a film set for period pieces. The Abbey was originally settled by nuns in the 1200’s. It’s described as being a ‘quirky country house of various architectural styles’, complete with medieval rooms and a cloister court. Another great piece of history associated with this place is the fact that a former resident of Lacock, William Henry ‘Fox Talbot’, is credited with inventing photography, and a museum celebrating this is located in the Abbey. 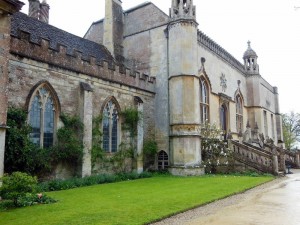 Bath is a highlight of any trip throughout England. It’s a stunning little city (and a designated World Heritage Site) that really made its mark during the elegant Georgian age when none other than famous author, Jane Austen, resided here. Of course, people were travelling to Bath well before Georgian times. As legend has it, back in the 860s BC, King Bladud – once a Prince struck down with leprosy and forced to leave his home in disguise and take up a job as a swineherd in a regional part of the country – discovered waters that healed him. More on the legend HERE, however it’s these origins that set Bath on the map. So much so that the Romans decided they wanted in on this these ‘magical healing waters’, and the rest, as they say, is history. Roman architecture (or its influence) is seen everywhere in Bath and certainly adds to the city’s charm and intrigue. The original Roman Baths are still the city’s biggest attraction. 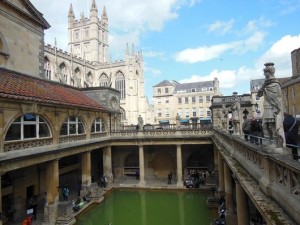 Ideally a few days are required to explore Bath properly – beautiful Bath Abbey (one of the last great medieval churches, begun around 1499, completed 1611), Jane Austen Centre, Assembly Rooms, Fashion Museum, gardens, more museums – attractions old and new. Bath certainly offers something for everyone. It’s a romantic and remarkable mix of ancient and modern history, as well as the very best contemporary dining, coffee, shopping and luxury options. We stayed in the heart of the city at the Abbey Hotel which is ideally situated for exploring on foot (which, by the way, is very easy to do – Bath is a small walking city, however there are numerous tours including the popular ‘red bus hop-on-hop-off option for those daunted by all the hills here).

FUN FACT: Yesterday we all discovered (from a co-traveller!) the origin of the term ‘posh’ (meaning ‘elegant, swanky, rich’). Evidently the term originates from passengers who were travelling on the P&O (Peninsula and Orient) between the UK and India – ‘port out, starboard home’ were the best seats in the house, hence ‘posh’ stuck.

WHERE: Cotswolds, Lacock and Bath.