Scoping out Periscope app: how to Periscope

There’s been some buzz around the world recently on a new social broadcasting platform called Periscope. It came to fame around February this year when Twitter bought it (before it was even officially launched, as far as I’m aware).

Periscope’s key competitor was the cutely-named, Meerkat, which initially had a large uptake of celebrity users, but recent accounts indicate this may end up a battle akin to the old VHS v Beta showdown (for those too young to remember, VHS won, and hence became our standard in video cassettes for years before DVD and Blu-Ray entered our homes).

Wondering how to Periscope? We were too, and we heard more about this trending tech at TBEX in May. Now Periscope seems to be everywhere, particularly following its launch on Android this week, and everyone interested in discovering a new way to share their message is wondering how to use Periscope app.

It’s certainly still very much in its infancy – evident at any foray into this brand new communications experiment. Cooper and I have been delving in a little into how to Periscope over the past week or so; we’re seeing BIG potential, as well as noticing it’s a reasonably straightforward application which enables users to do one of two things (as long as you’ve got the WiFi to support): watch or broadcast.

At the moment there’s plenty of CRAP content making its way through Periscope’s lens. Most disturbing I’ve come across is teenage girls chatting away in their bedrooms, obviously craving attention but seeking the wrong kind! Other rubbish content, in my view, consists of people – girls, guys, groups – engaged in boring conversations and activities (driving in a car, brushing their hair?!), doing nothing special, and basically broadcasting themselves for the sake of, well, self-absorbed ‘selfie-scoping’ (hey, I made that term up, don’t pinch it without a credit!).

How is it policed to prevent things like bullying, abuse and broadcasts by extremists? It’s ‘live’.

This raises concerns in my mind, but I’m a fan of technology and have to assume (hope) responsibility and common sense will primarily prevail. I’d also assume the Periscope-powers-that-be are aware of the issues and consistently making changes. One problem that originally occurred, is the location of broadcasts were so specific that whoever was broadcasting live could effectively be found where they were – at home, the park, work or anywhere. Spooky. That oversight has since been resolved.

I’m also noticing a serious lack of parenting with regards to kids going live and publicising themselves. I understand ‘it’s all about me’, BUT it’s also all about the predators out there who are pinpointing your location and make themselves believe you’re in need of their attention. Garner your self-confidence elsewhere, kids. This isn’t a game.

Creative entrepreneurs and business marketers will move this into a new realm, just like they did on Twitter, Facebook, G+ … Quality content and smart users will be easier to discover, and rightfully own the platform.

There’s great potential for people like us, travel bloggers, for example, to live broadcast experiences, although the issue of accessible, reliable WiFi throughout the world does pose a problem in the short-term. 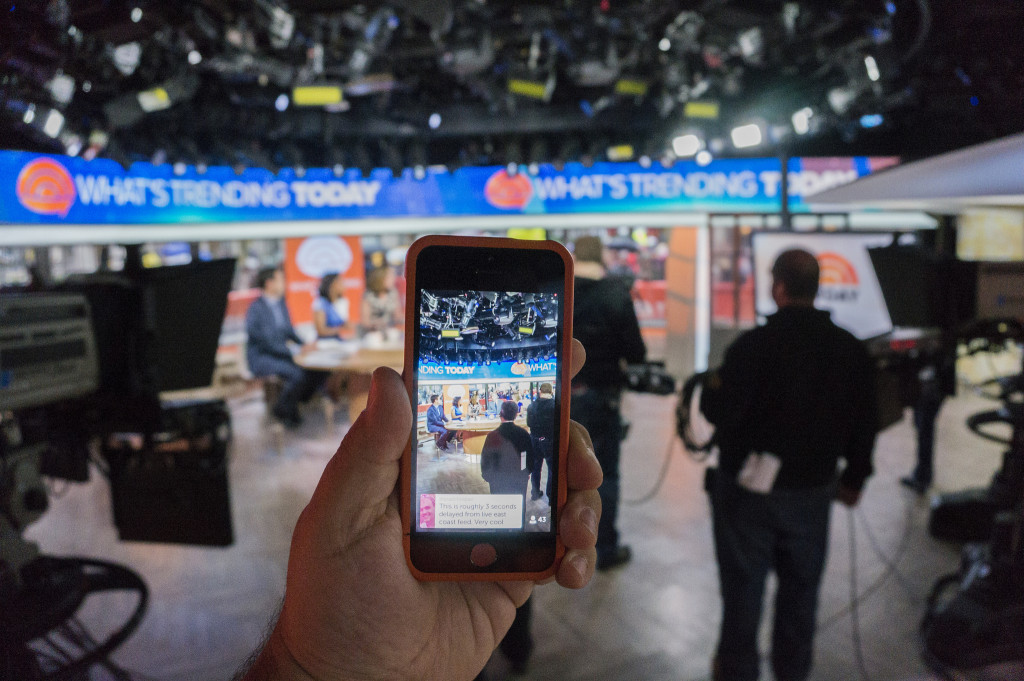 Going by all the bad content we’re seeing compared with the little bit of great stuff being broadcast, I’m noticing the potential for rules that could work on this platform, and they’re similar across other social media:

What do you think? Drop us a line below to let us know if you’re on Periscope (or any other live broadcasting mobile tech, for that matter) and how you’d like to develop it as a tool for sharing your message or promoting your business.